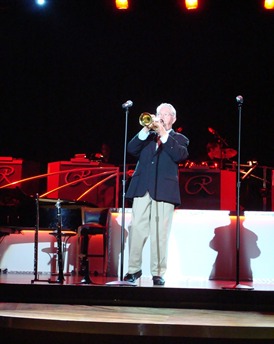 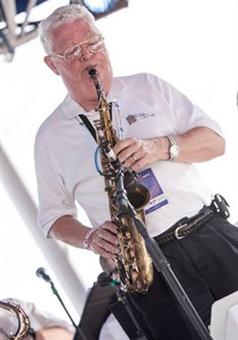 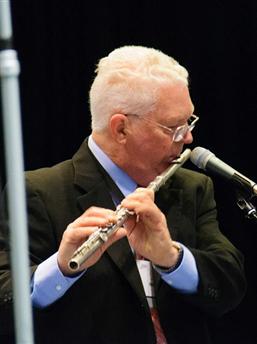 Bill Prince, a professor emeritus at the University of North Florida comes from a background rich in music.  He has performed with numerous bands and orchestras including Buddy Rich, Billy Maxted, Pee Wee Hunt, the NORAD Band, the Denver, Ft. Lauderdale, Palm Beach, and Jacksonville Symphonies and the American Wind Symphony Orchestra.  He has also performed with a number of well-known big bands including Xavier Cugat, Ray Anthony, Tex Beneke, Les and Larry Elgart, Harry James, Tommy Dorsey and Louis Bellson.  He has appeared on TV shows in the United States, Canada, Japan, the Philippines, Costa Rica, Colombia, and Ecuador.  Bill has performed on over 50 albums including his The Best Kept Secret in Jazz.  He can currently be heard on Duffy Jackson's CD, Swing! Swing! Swing!, Buddy Rich's CDs, Mercy Mercy, and The Best of Buddy Rich.  In more recent years Bill has developed a cabaret show that he performs on cruise ships around the world.

One of Bill's most unique talents is his ability to perform professionally on several instruments.  For example, although he played trumpet with Buddy Rich, he was first offered a chair in the saxophone section.  His performing instruments include trumpet, flugelhorn, trombone, flute, clarinet, saxophone, piano and electric bass.  Bill produced his own CD, Happy Thoughts, on which he composed, arranged and performed all parts.

Bill holds the Doctor of Musical Arts degree with a major in Theory and Composition from the University of Miami.  He has taught at Florida Atlantic U, the U of Colorado/Denver, St. Francis Xavier U, Nova Scotia, the U of North Florida, and served as a visiting lecturer at Cape Town U and Natal U, South Africa.  Music has taken him to all 50 states and 81 countries of this world.

Bill has received Undergraduate Teaching and Outstanding Teaching Awards and student groups under his direction have twice won national Jazz Band competitions.  He was also awarded first place in an IAJE Jazz Composition Contest.  Bill's compositions and arrangements have been performed and recorded by professional, college and university jazz ensembles throughout the United States and Canada.  In 2000, his Concertino for Jazz and Legit Clarinets was recorded by the Warsaw (Poland) National Philharmonic.

Bill and his wife Jane have raised two children, April and Robert, both heavily involved in music.  April taught elementary music for a number of years, became a registered nurse, and currently, with her husband, Joe DeAntonic is heavily involved in the Chicago dance community.  April frequently travels the country as a DJ.  Rob worked on cruise ships for three years, in Las Vegas for ten, then moved to San Antonio where he works as a manager at a national air conditional company.